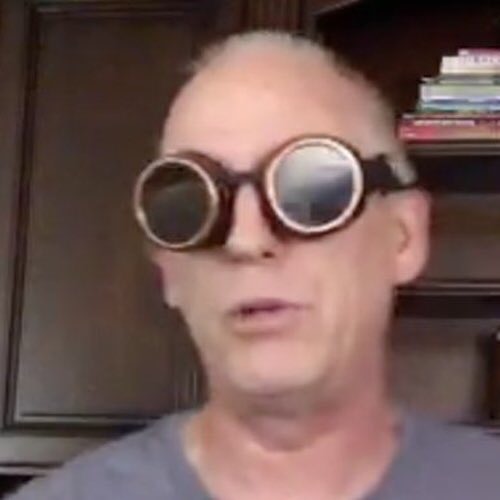 Did you enjoy your SimultaneousSip™ today?

I did, a lovely glass of cool water. It sure made watching this election hubbub more tolerable.

I was able to catch a bit of Scott Adams’s Periscope live-stream at 10am today.

For those of you who do not know who Scott Adams is, here is a short primer:
-He is the creator of the Dilbert comic strip
-He has several successful books on mindset, life, and persuasion
-In 2016 he predicted Donald Trump would win presidency, massive sh*t storm ensues until this day

During Scott’s broadcast today, I noticed what I thought to be an inconsistency in his thinking:

“Today you mentioned that people who criticize you and tell you to ‘stay in your lane’, is an example of Loserthink. But don’t you do that to artists when they weigh in on political issues?”

His criticism back to them is in the form of a hashtag, he replies back to them with a “#Artist” comment. I think it’s funny (don’t take twitter too seriously).

The #Artists that he makes fun of, they dont find it so funny.

Ok, so back to my comment from above – I asked Scott on twitter if he was doing the exact same example of Loserthink that his critics were doing. He replied back:

“Only artists with limited talent stacks.”

CLICK HERE TO FIND OUT WHAT TALENT STACKS ARE